Everything’s amazing and no one’s happy

Posted on
March 18, 2011
Posted in
Thoughts
Posted by
Harry
Tagged with
Video
Comments
No comments

This has to be one of my all time favourite YouTube clips. Louis CK talking about how spoiled people have become as a result of the constant and omnipresent technology and technological advances that everyone seems to take for granted.

Every time I see someone complaining about the tiniest, most insignificant flaws with something that’s otherwise awesome I think of this clip. I think the worst one is people who complain about free things—people who complain about Twitter and Facebook et al, I just think ‘Seriously, stop nit-picking and complaining about free stuff. You pay nothing for this, so in turn they owe you nothing’.

Anyway, I’ll let Louis put if far more eloquently and amusingly than I can…

We’ve lost a lot of gratitude and it’s not nice. Be grateful for what you have got and don’t bitch about what you haven’t.

Posted on
March 14, 2011
Posted in
harryroberts.co.uk
Posted by
Harry
Tagged with
Website
Comments
No comments

Hello there—I’m afraid you’re a little earlier than I expected… Why not make yourself comfortable? I’m just going to have a quick tidy up around you, if you don’t mind…

Welcome to the redesigned, rebuilt, re-purposed harryroberts.co.uk. Things aren’t really finished yet, so I’ll be getting on that asap.

I’ve decided that harryroberts.co.uk needs to be a place for everything that isn’t web dev related. Here I’ll post, well, anything I guess. It’ll mainly be trials stuff, food stuff, personal stuff. Stuff that doesn’t belong on CSS Wizardry.

I’ve also set up a personal Twitter account at @HdotRdot (seriously, that was the best that was available around my name) so that’ll be for random, personal Tweets about other non-dev stuff.

Or so is the plan…

Anyway, if you only follow me for geeky web things and suchlike then I guess this site and Twitter account won’t be of much interest to you, which is cool. See you over at CSS Wizardry!

Posted on
Posted in
Food
Posted by
Harry
Tagged with
Chorizo, Pasta
Comments
One comment

This dish is so incredibly simple that I can’t believe I haven’t made it more often. I love chorizo, as a real meat-eater it’s one of my favourites, and it’s so versatile. This meal is quick, pretty cheap and really, really easy.

I’ve made it for both Suze and Bryan now and they both liked it. It’s got a great ROI in terms of effort to taste. And yes—I did just say ROI. 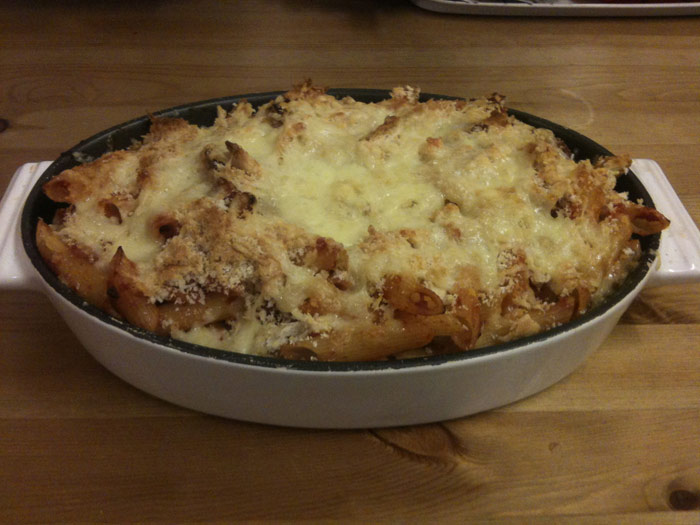 END_OF_DOCUMENT_TOKEN_TO_BE_REPLACED

Posted on
December 14, 2010
Posted in
Trials
Posted by
Harry
Tagged with
Trials, Video
Comments
No comments

This is my second full length trials video. Filmed over summer–winter 2010, I stayed pretty much entirely in Leeds for this one. It features my biggest riding to date, so I’m pretty pleased with how it all came together.

The song is Dirtywhirl from Return To Cookie Mountain (iTunes link) by TV On The Radio.

Many thanks to Suze, Jake and the rest for following and filming me!

Posted on
August 24, 2010
Posted in
Trials
Posted by
Harry
Tagged with
Trials, Video
Comments
No comments

This is my first full length trials video on my new bike. I moved from 20″ to 26″ in March 2010 and this is the outcome. It’s all filmed in the North of England, mainly in Leeds but a few sections in Manchester.

Thanks to all who helped my put this together, and to Luke Cockshott for pushing me to success in the very last clip.

Posted on
June 30, 2010
Posted in
Food
Posted by
Harry
Tagged with
Chilli, Stir-fry
Comments
No comments

Last night I made a totally made-up stir-fry for me and Suze. I don’t know what you’d call it, but it tasted a little bit like Yaki Udon and also used Udon noodles, so I’ll call it a Quasi Udon.

It’s really simple to make, and so tasty! All you’ll need is:

Cooking time depends on how you like your stir-fries, there’s really no right or wrong way. This is how I did it:

There, as simple as that.